What Are the Advantages of HEVs?

Hybrid electric vehicles are becoming cost-competitive with similar conventional vehicles, and most of the cost premium can be offset by overall fuel savings and tax incentives. Some states even offer incentives to consumers buying HEVs.

Auto manufacturers are making HEVs that match the performance and safety, and approach the cost of conventional vehicles because they know that these are the three most important attributes to consumers. And by combining gasoline with electric power, HEVs have the same or greater range than vehicles powered by traditional combustion engines. An HEV is two times more efficient to operate than a conventional vehicle. Behind the wheel, drivers of HEVs will experience performance that is similar to, or better than, that of conventional vehicles. More important, HEV performance is available now, and so consumers can choose a cleaner-driving vehicle today.

What Are the Key Components of HEVs?

Essentially, an HEV combines an energy storage system, a power unit, and a vehicle propulsion system. The primary options for energy storage include batteries, ultracapacitors, and flywheels. Although batteries are by far the most common choice for energy storage, research is still being done in other energy storage areas. Hybrid power unit options are spark ignition engines, compression ignition engines, gas turbines, and fuel cells. Propulsion can come entirely from an electric motor, such as in a series configuration, or the engine might provide direct mechanical input to the vehicle propulsion system in a parallel configuration system.

Hybrid electric vehicles are a hot subject today — and they have entered the transportation mainstream across the United States. Several HEVs are now available to consumers, and more are expected to enter the marketplace during the next few years. The key to their widespread penetration into the automotive market is the economics of producing a complex hybrid power system, rather than the inherent capabilities of the technology itself. What will be the ultimate impact of HEVs in the market? Opinions vary because HEVs are complex and some of the best energy storage and conversion systems have yet to be fully developed.

Research and development sponsored by the U.S. Department of Energy, Vehicle Technologies Program, is leading to a comprehensive suite of new technologies, including advanced combustion systems, advanced fuels, and overall vehicle systems, as well as hybridized components such as electric motors, energy storage systems, power electronics, and lightweight materials. Many of these innovative technologies are already in vehicles or soon will be. Also, many of the technologies being developed today for HEVs will contribute to the development of hydrogen-powered fuel cell vehicles in the future. 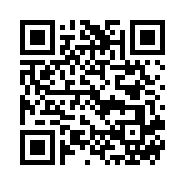